Into the Storm: Mastering team conflict 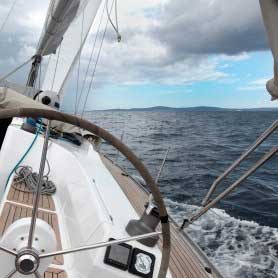 As a sailor, when I see a storm building on the horizon, I intentionally alter my path to circumvent the system – tacking to port or starboard, or identifying a cove or marina to head into for safety…anything to escape the danger that lies ahead.

In the business setting, our human tendency is to do the same – avoid the storm, the conflict, that we see brewing. We are a conflict-adverse culture and society. Often, our last (or near last) resort is moving directly into the issue, tension, and challenge to attend to what must be addressed.

So, why is this? Why do we avoid addressing and resolving conflict? Why is it so difficult? Afterall, it’s often identified as one of the most important competencies required of top leaders to succeed. Beyond the fact that conflict is flat out uncomfortable, I believe our aversion is due to a few key things:

Conflict is difficult for a number of reasons – those mentioned above and others you can surmise. But difficult as it may be, addressing and resolving conflict is critically important to individual and organization success. It begins with defining what conflict is in the first place and understanding it as something to be dealt with instead of avoided.

At its core, conflict is disharmony and discord between people, interests, or ideas. It’s also natural to the human experience. Where there are people, there will be conflict. Afterall, people are emotional beings. We have deeply held beliefs, values, and experiences that have shaped who we are. We’re bound to bring this into how we express ourselves, make decisions, and communicate with one another. And when we do, we will differ, disagree, and sometimes clash. The key to making it work and being effective, is to learn to have open, honest debate and dialogue around issues of importance to the team. It can only happen if vulnerability-based trust exists.

Teams without trust often argue destructively because they are laced with politics, pride, and competition, rather than humble pursuit of truth. When trust exists, team members say everything that needs to be said and it leaves less to talk about behind closed doors. Conflict is always at least a little uncomfortable. And it’s inevitable that people will feel under some degree of personal attack. This is still no reason to avoid conflict.

As Patrick Lencioni states in his book, The Five Dysfunctions of a Team, “If team members are not making one another uncomfortable at times, if they’re never pushing one another outside of their emotional comfort zones during discussions, then it is extremely likely that they’re not making the best decisions for the organization.”

The problem around conflict that I most often see in relationships and teams is artificial harmony with no conflict at all, coupled with great fear of moving in that direction. It reminds me of a friend who told me that he and his girlfriend of two years had never had an argument. He shared this as a point of pride; however, I see this as a warning sign. The ability to have healthy, productive conflict is a symbol of maturity and sustainability in a relationship. When a relationship or team shows that it can survive an incident of significant conflict, it builds greater trust and confidence in the relationship.

Let’s examine a few key practices to engaging in and managing team conflict:

Given human nature and the pressures of organizational life, there’s likely to always be conflict wherever people are together. But this conflict can be managed so that it’s a productive encounter that leaves individuals engaged in their work, honored and supported for their ideas and beliefs, and the organization on a path to mission delivery success.

Perspectives on Conflict with Your Boss

Bridge the Divide of Conflict with Direct Reports

A Process for Managing Peer Conflict 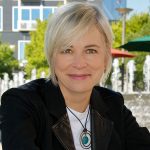