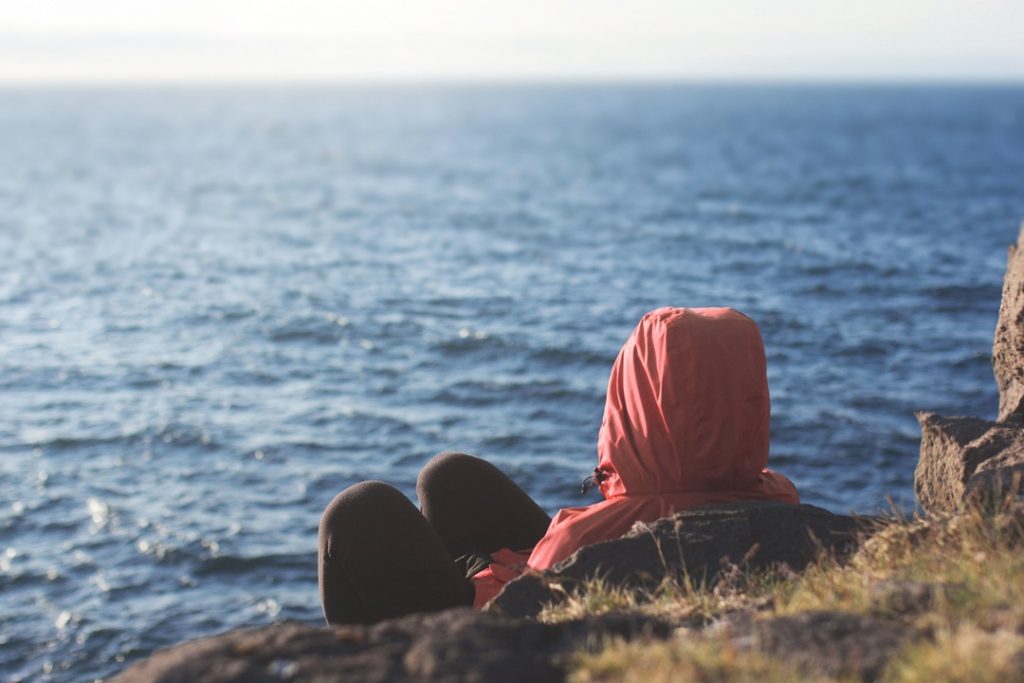 Have you ever dreamt of taking time off? I’m not talking about just a week’s vacation, but longer – a month, two months, six months, a year? What would it be like to wake up at your own pace, spend the day doing exactly as you please, and sleep like a baby through the night? Sounds blissful, doesn’t it?

For me, time off had always been postponed indefinitely to ‘someday’ until November 23, 2009. I had arrived at a sense of completion with my tenure as President & CEO of the United Arts Council of Greater Greensboro (a post I held for nearly seven years), having achieved the goals I had set for the organization: debt elimination, significant revenue growth, focusing of organizational priorities, creating a new business model, and shoring up board and staff leadership. I knew the moment was right for me to depart, unplug, and give my careful thought and energy to shaping what came next.

It was then that I began a one-year sabbatical – a luxury of time and space to hit the pause button, play, explore some creative pursuits, and see what possibilities would emerge.

Before I left the UAC, a good friend of mine offered some sage advice. It began with a question, “So, what are you going to do the day after…when you wake up and you’re not President of the UAC?” she queried. Then she continued, “You’ve been with the organization for twelve years. It’s a consuming, very public and high profile position.” It was true. I always felt ‘on,’ the work absorbing every available moment of time like water rushing over rocks, filling every crevice. And I had loved it. I silently realized that her question more specifically was “had I become the role?”

I let this question marinate a bit in my mind. “I don’t think I am the role,” I thought. “I surely hope I’m not.” But it did make me think. And it did make me a little more planful, especially with the first few weeks of my time off…if only to avoid the potential meltdown (or ‘breakdown’) that my friends worried about.

I can say that the initial transition was a non-event; it was just fine, even great. I woke up that first morning and treated it like the beginning of a lengthy vacation that it was. I stayed in my PJs all day…maybe even all week. I really don’t remember. What I do remember is that I knew immediately I was not ‘The Role’. I never – not once – looked back or felt any remorse. It was so reassuring and validating for me to realize that the time truly had been right for me to leave the UAC. I was indeed satisfied with what I had set out to do for the organization, and I had reached my professional goals.

I began to know then what I have now tested and proven to myself: It’s okay to slow down. I needed time to just be. We all do. To be still, to think, pay attention, be aware, actually stop and notice things. Anything. Everything. To look at people – really see them. To sit down and enjoy a meal – savor it. Read a magazine – every page cover to cover. Breathe. Do you ever pause to notice your breathing? Ever catch yourself taking those short, shallow breaths? Or maybe even wonder if you’re hardly breathing at all?

Like all those work goals I had targeted and endless to-do lists, I prepared and approached my sabbatical in the same purposeful way. But I was careful about it. I avoided the tendency to try to do too much…thanks to lots of coaching by family and friends. They knew me. My list was whittled down from 63 to 48, then 12 and finally about six items. After these early adjustments, I avoided the “do everything you ever wanted to do but hadn’t had the time to do” approach and set out to explore these priorities.

I had this bookshelf filled with books ‘collected’ to read one day. Well, one day was now today. It felt so good to stand in front of those books stacked to the ceiling and make my first selection. It felt even better to give myself permission to read…all day long, every day for a week or longer. To get into the flow and stay there for a while. Now that is living slow! It also fulfilled a “journey of the mind,” so to speak, to explore and learn new things.

All the “white space” on my calendar gave me time to tune in to personal health and wellness; while this had been a focus, I now had newfound time and energy to devote to it. I began running about three years ago, in 2008, participating in a few 5k events and built up to 10k’s the following year. Now, in January 2010, I decided I would train for a half marathon – only now, I didn’t have to work in my runs between sundown and sunup. I hardly knew what it was like to run in the daylight. This would require more planning. My bed head definitely would have to be tamed. And now, I could even relax and enjoy a cup of coffee before heading out. I was used to gulping it down as I raced to the shower then dashed out the door to work. Ultimately, I ran two half marathons that year and continue it today.

Days, weeks, and months were filled with these interests and others – writing, playing guitar, painting, and spending time with friends – relationships for which had previously been pressed short, squeezed out, or simply not possible with the once-hectic pace. I learned so much during the year, not even remotely limited to:

Become a student again. It felt so good once again to approach learning new things (painting for example) like a five-year-old. It was fresh, freeing, exhilarating. And I could relax, listen, and absorb myself into the experiment without being concerned if the outcome was right or wrong, good or bad.

Immerse yourself in the moment. Often, life is consumed by such intensity and pace that you seldom enjoy a moment for what it is. In playing the guitar, I relished the learning experience, and I began to hear music like I’ve never heard music before. Now, when I listen to a song, I enjoy it not only for the whole, but also for all the different parts and what they specifically contribute. Similarly, in learning to paint, I see – really see – all the dynamics of a piece: Where’s the light? Where does it come from? What’s in the background, foreground, and the layers in between? What tools were used to create the piece? What mood or tone do you interpret? It has affected how I view everything in my everyday. I literally feel like the Vaseline has been cleared from my windshield.

Live fearlessly. Much of my play and creative exploration over the year, like life, provided me with second, third, fourth chances. As with painting, ‘paint is only paint.’ If you don’t like it, take a do-over and just paint over it. Simple things like this reminded me to give myself permission, take a leap, and fear less.

Present your true authentic self. In her book What Would You Do If You Had No Fear, Diane Conway writes, “If I be you, who’ll be me?” My time off has helped me gain greater awareness and a truer sense of self. In our careers, we spend so much time answering to a boss and working with groups and teams that we can lose site of who we are ­– our true voice – in trying to please others.

Having had this rich sabbatical, I’ll plan for another one in my future, perhaps five, ten years from now. In talking with others who’ve had similar experiences, I believe that there is a great void in the American workplace for this practice. And it’s a hugely missed opportunity for re-energizing and re-engaging an organization’s greatest asset ­– its human capital.

Time off can take many forms and be for varying lengths of time. People can take a break for a few weeks or more extended periods of time, hours can be shortened, and employees can job-share, work from home, or take an intra-company transfer to a different post/division. The important thing is to discover what is right for you and commit to taking time off. My advice is to approach the idea as if it were your next biggest project: pick a date, plan for it, think through your approach and how you’ll spend your time, and allow the process and your experience to shape and inspire you.

My sabbatical was an opportunity to unplug, pause, and live slow. Through it all, I realized that the sky wouldn’t fall. And not only that, but also the playful, creative process ultimately ‘woke up’ cells that had been asleep for a very long time and ‘birthed’ new ones that felt fresh, alive, and infused with energy and enthusiasm. I gained clarity around my unique assets, particular passions, and the importance of flexibility, autonomy, and overall quality of life. Ultimately, it sparked my internal entrepreneur, and I launched a new business focused on helping individuals and organizations develop, navigate change, and realize their greatest capacity.